2018 has been a roller-coaster like every other year. By end of the year, on a personal level, there are 10 things I would reflect on and keep with for the next years:

Initially I had titled my research paper as: Challenges and learning opportunities for Himroo of Aurangabad. As I was refining the paper further, the title felt more like an essay and less like a title. So I changed it to Himroo: A Soul Clenched
Why such a title? It is inspired from one of Pablo Neruda’s poem called Clenched Soul. Because I believe when circumstances give you a clenched feeling, or when you clench your teeth, it is time to fight back for yourself and make a significant change against the unpleasant circumstances you have been facing. Currently this is what Himroo of Aurangabad is facing – some unpleasant circumstances.

Himroo became a part of my life since 2007 when I was studying post graduate program in NID. For past 11 years it was an on and off relationship with Himroo which began as a craft documentation project, then a photo shoot project, a craft publication project and so on. In November 2018, with a clenched soul I decided to end this relationship by presenting a design research paper at INSIGHT 2018 – A Design Research Symposium at NID, Ahmedabad.
Indeed a clenched soul of Himroo and a clenched soul of myself form two different metaphors here. But life is that way – sometimes quite hopeful and not always determined. I go with what Rumi says, “Be like a tree and let the dead leaves drop.”

The research paper will be part of a publication by NID soon.
Sharing few images and slides of my presentation here.
I began and concluded the presentation with images of women Himroo weavers as they are the only hope for the craft to survive and sustain further. 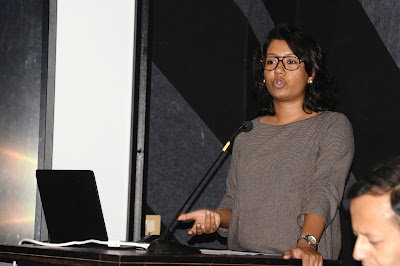 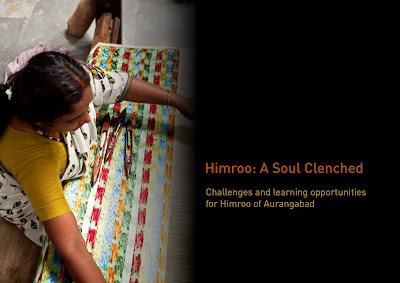 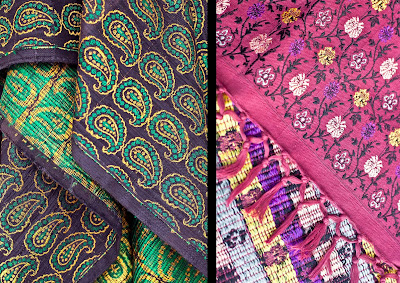 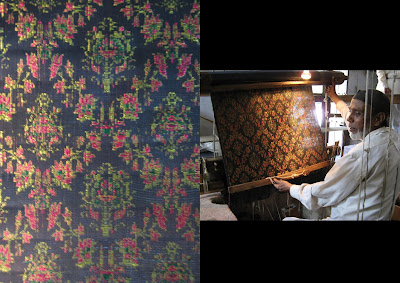 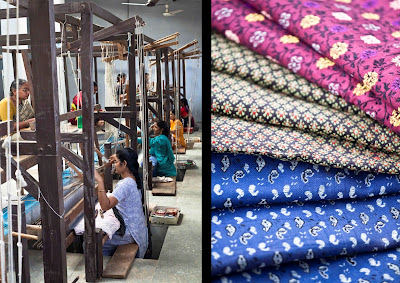 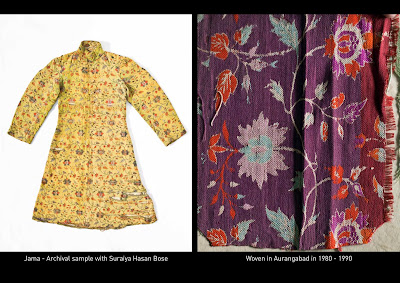 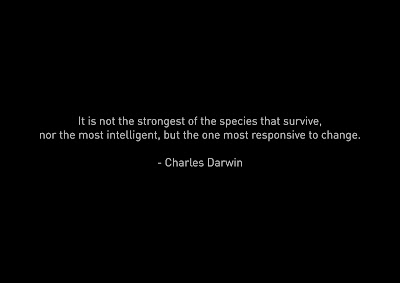 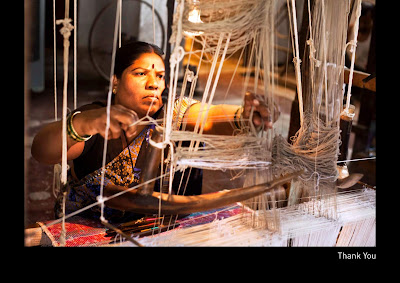 Since DDLJ I thought that Simran is a very filmy name, until the day I discovered that I will be having two neighbours named Simran for the next decade or so. Women of the two homes next to mine are named Simran. At my home, whenever anyone mentions Simran, the next question is which Simran? So we had sort this out. Shall we mention them as Simran 301 and Simran 302. Gaah! No! Strangely that sounded like bed numbers to me! Parjeet chi mummy and Ishaan chi mummy is blah, too past century! So we decided to mentioning them with their husbands names, like Gurpreet chi Simran and Sadiq chi Simran. That sounds love, doesn’t it?

Last month I did a guest post for The Handmade Co about my process and experience of working for Aham Bhumika - an NGO in Bhopal. Here is the link for the post.

Aham Bhumika is an NGO based in Bhopal - working on education and women empowerment for over 3 years. They have skill trained 40+ women in hand embroidery in the outskirts of Bhopal. Embroidery as a skill and a method of making; requires least investment. Wonders are embroidered with a single needle, thread and a piece of cloth.
Two years ago when I crossed path with the founder of Aham Bhumika, I was overwhelmed by the quality of embroidery and dedication towards the “handmade” concept. They were looking for design inputs to enhance their product line.

Design is not a discipline; it is a way of life – is what I followed while working on project Aham Bhumika.

My idea of a good product is – good material, proper process, right detailing, optimum design and colour. Textile design is more of what you touch and feel than what you see.
Streamlining fabric sourcing and pre-processes of embroidery and utilizing existing fabric is what I started with. The result of this was a small collection of zipper pouches named EYE CANDY.

Ranging from local inspiration of Gond Art to global inspiration like Sashiko and Otomi embroideries, I made sure that design is process driven and is as cohesive as possible. It is a need of hour for craft design to have global aspirations along with a strong local foundation.
The fun part of working with crafts is the hands-on approach it demands to achieve desired outcome.

Dhamadka - a "work from home" place

2008 was when I first visited Dhamadka and I seldom knew that over the years it would become such a special place for me, like a second home – the one after my mother’s.
Traditional home to the ajrakh prints of Kutch, Dhamadka has been a place of work for natural dyes and hand block prints for me. Ajrakh to me is much beyond its process, it is more about the people who make it and how they use and cherish it in their daily lives.
Along with work, living at Jabbar bhai’s place with his family, getting served with fresh gujju delicacies day in – day out, evenings with mehendi sessions and nights under the starry sky is what makes it a home away from home. Working in Dhamadka is like working from home and I make sure I do it at least once (3 to 4 days) every year!

Here is a small photo essay on Dhamadka...
Posted by Aarti Badamikar 1 comment:

My cousin’s grandparents were a unique couple. They never made a property of their own. Got both daughters happily married. Globe trotted after retirement and had interesting stories of each country to keep us kids entertained. Aaji and Abba as we called them; collected beautiful souvenirs and miniature alcohol bottles from around the world which particularly kept me interested whenever I visited them as a kid. Well in advance they had decided to donate their body once lifeless. This inspired my grandparents to do the same and be of use to the world until the last bit of oneself remains. To be honest, this inspiration has seeped in me as well. Their planning was so apt that they had even decided where one will live once one of them passes away. Abba passed away and Aaji went to live rest of her life with fellow aajis and abbas at an old age home in Panvel called Shantivan. Aaji lived there for more than 4 years before she said the final goodbye.

My cousin used to visit her and always told me about how beautiful that place is and about various activities that are carried out in that surrounding apart from the old age home. Fortunately I happened to visit Shantivan this spring and had a wonderful experience, one of which was dhurrie weaving carried out by leprosy patients.

Many years ago when leprosy was treated as stigma, this rehabilitation centre was set up based on the Gandhian philosophy of swavalamban and labour of love. Leprosy patients are trained to weave dhurries so that they can earn a self-living with dignity. Today very few patients work here but the concept, vigour and work they produce are awe-inspiring. 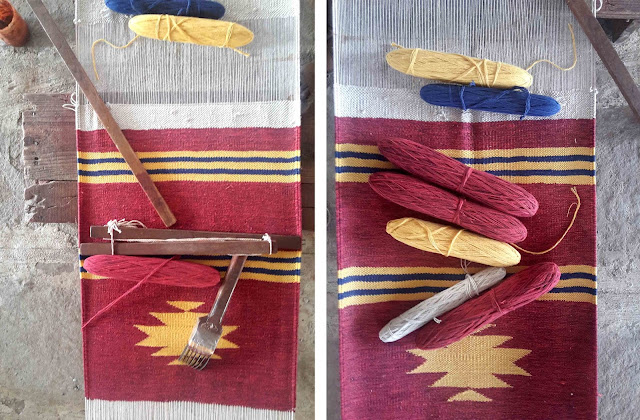 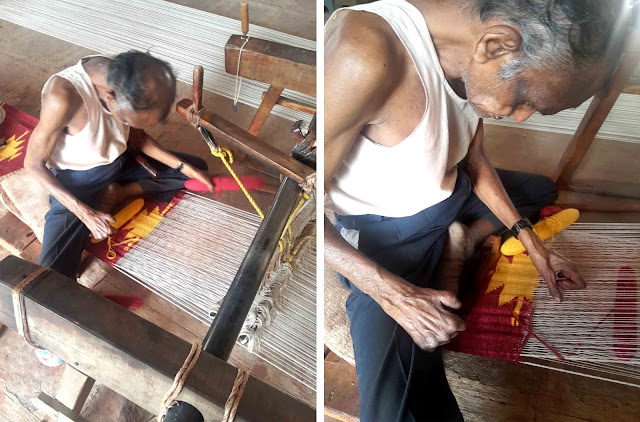 These are cotton flat weave dhurries woven on basic floor looms using a punja. Most of the dhurries are made to order in customized sizes and colors. Dyed yarn is sourced from Bhivandi and Solapur – two of the biggest cotton weaving centres of Maharashtra. Basic kilim motifs are woven at regular repeats. What is more beautiful is the weaving of letters to make customised names as per order.

My abba has such a dhurrie with his name woven on it. He says it was made in Madras before I was born, which means it is more than 31 years old. I always believe textiles are such beautiful treasurers of myriad stories. I have treasured some beautiful pieces of textiles that my aaji has handmade - smell, texture and colors of which have countless memories stitched on to them. 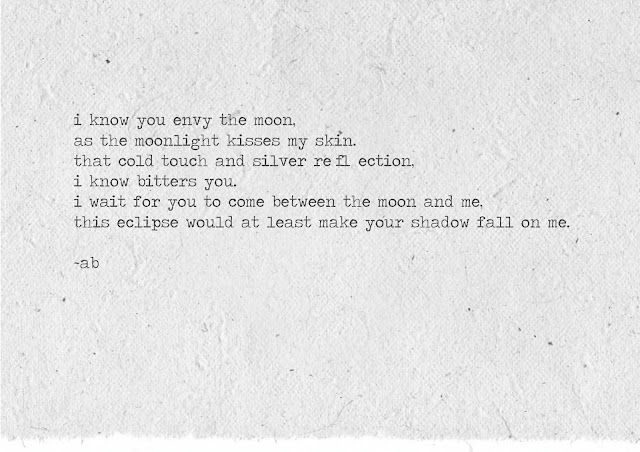 Do you remember that call you made?
A usual Monday noon, it was your smoke break time at office; time to dig up some graves and haunt, perhaps.
I was busy at my studio putting things together to close a long project, the way I had put closure to few acquaintances of life.
Everything was pretty usual.
Except for that call you made.
Remember?

and I wont let you forget that! 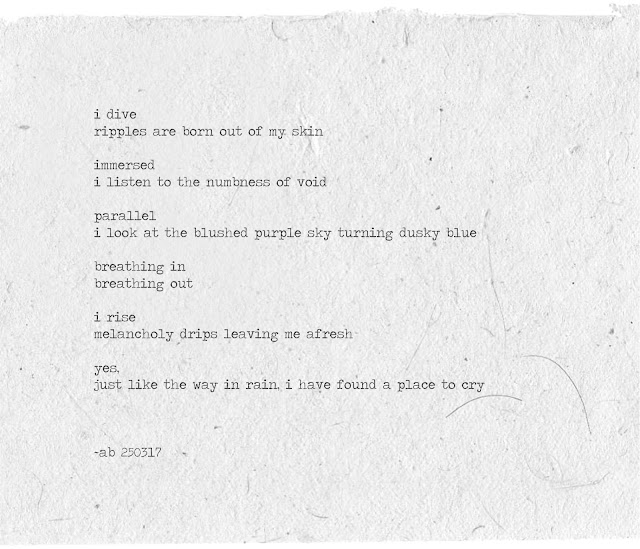 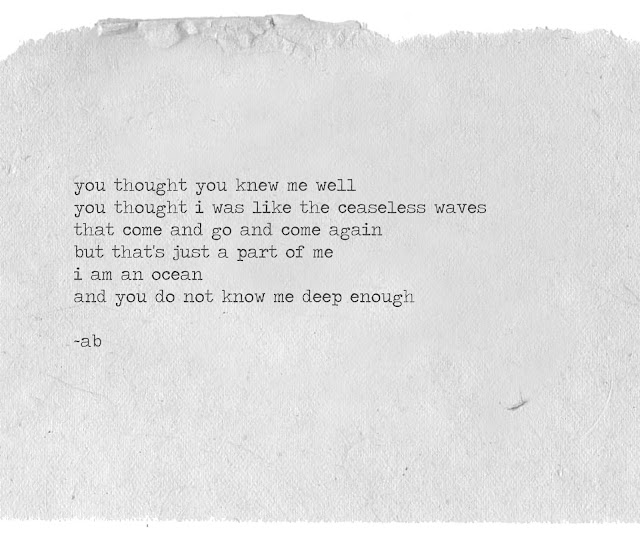 Text, sketches, illustrations and photographs on this blog are copyright Aarti Badamikar, unless are given credits.

Search on my blog